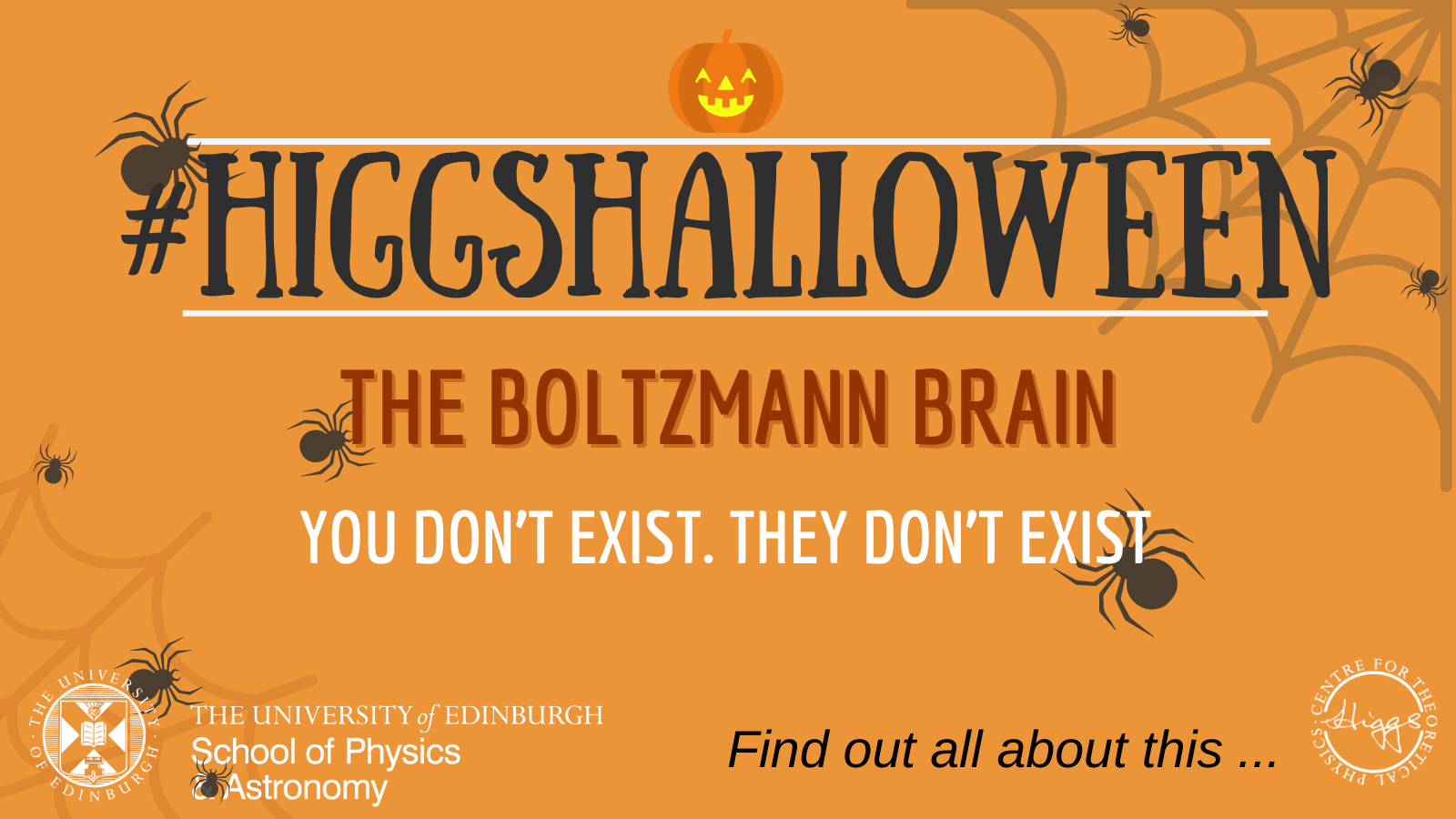 You are not real.

Look around you. What do you see? Your computer? A desk? Maybe you see a loved one: a family member or a close friend. Think about the last time you did something with that person. Maybe you went to the shops, or the cinema, or out for dinner. I’ll bet you had a good time, that it’s a happy memory. Now what if I told you that none of it is real. It never happened. You don’t exist. They don’t exist. Your desk, your computer? They don’t exist either. You are a mere statistical fluctuation in a cold, dark, unending spacetime. You are a Boltzmann Brain.

Or, well, statistically speaking you are. The idea of a Boltzmann brain emerges from two observations. First, that even extremely unlikely events happen if you wait long enough, and second, any mechanism which produced the universe must be capable of producing a human observer since, clearly, we exist.

We’ll come back to the second point in a moment, but for now let’s tackle the first. Imagine you had a box of gas, and all the particles suddenly crammed themselves into one corner of the box. It’s not physically impossible, but it’s very, very unlikely. If we imagine the universe as a similar, if far larger, box of particles, then we can see how the Big Bang looks a lot like all the particles in the universe were jammed into the same spot and allowed to expand.

Of course, this is yet more unlikely to happen for the universe than in our box of gas, but if you leave the system for long enough—say an infinite period of time—such unlikely fluctuations not only become likely but guaranteed. And, clearly, the smaller the fluctuation, the more likely it is to occur. It is far more likely for only half of the gas in the box to find itself in one corner of the box than all the gas, for instance.

Ok, lets add in our second ingredient. Let’s say what we observe as our universe emerged from a low probability fluctuation. What’s the smallest—and therefore most likely—fluctuation which could result in a human observation of our universe? Well, it’s a brain! A brain whose neurons are so arranged that it thinks it’s a living observer which can perceives a vast, endless universe teeming with stars and planets. A brain which thinks it’s sitting at a desk reading an article on a computer screen.

After all, what is our human experience but a collection of neurons connected in exactly the correct way? We normally think of those connections having been generated by years of life experience and eons of evolution. Professor Graeme Ackland, of the University of Edinburgh and Researcher at the Higgs Centre, gives some insight into the thermodynamic origins of the brain as we know it: “The brain evolved over time as a way of increasing the entropy production of living things. There's no problem with that in thermodynamics.”

For the Boltzmann brain, however, none of this is the case. It is a quirk of probability, a remarkable collection of particles which exists for a fraction of a nanosecond before returning to the void of an infinite universe.

The Boltzmann brain is usually seen as a reductio ad absurdum, a sign that there’s a flaw in our theory of the evolution of the universe. The easiest way to avoid Boltzmann brains is for the universe to have a death day such that it doesn’t exist long enough for sufficiently low probability fluctuations as Boltzmann brains to become likely. However, our current best theories do not provide such an ending. So maybe, just maybe, you are not real.