The School of Physics and Astronomy and the Higgs Centre for Theoretical Physics at the University of Edinburgh are thrilled to announce seven new appointments.

Five new faculty members and two Higgs Fellows will join the Higgs Centre this September, to pursue leading edge research on the frontiers of modern physics. They will strengthen and broaden the Higgs Centre’s efforts, furthering the momentum ensuing from Neil Turok’s appointment as the inaugural Higgs Chair of Theoretical Physics in 2020. The new appointments signal the University and the School’s joint determination to vigorously pursue research leadership in theoretical physics. Further recruitments are planned in the years ahead.

In this most difficult of years, it is wonderful that the Higgs Centre for Theoretical Physics at Edinburgh has gone from strength to strength. Building on Neil Turok's appointment in 2020, we have now secured the talents of seven exciting world-leading researchers, whose broad interests will enhance and expand our existing strengths in theoretical physics, as well as forging new interdisciplinary links with Mathematics and Astrophysics/Cosmology. This further substantial investment demonstrates the commitment of the School of Physics & Astronomy and the University of Edinburgh to build on the legacy of Peter Higgs, ensuring that the Higgs Centre can deliver on its promise to be a genuinely world-leading centre for research and teaching in theoretical physics.

James Dunlop, Head of School of Physics and Astronomy

The University of Edinburgh is making here a major strategic investment in theoretical physics. I am delighted to see this dream coming together. I am thrilled to welcome each and every one of the new researchers to the Higgs Centre. We’ll do our best so that you will flourish and realise your potential. With so much talent and creativity around, I am more confident than ever that we can make big things happen in our field and beyond.

Einan Gardi, Director of the Higgs Centre for Theoretical Physics

When we launched our recruitment drive last year, the pandemic made its outcome uncertain. In the event, it greatly exceeded our hopes: we had a wonderful pool of applicants and every offer we made was accepted. Our new faculty and fellows will pursue a breath-taking span of research, from the tiniest particles to the cosmos: we are really excited about the tide of new talent which will be joining us at the Higgs Centre this September.

I am delighted to see the appointment of seven new theorists in Edinburgh. Building on the award of the Nobel Prize to Peter Higgs in 2013, they will inject new momentum in a long-term strategy to boost our activities, inspire new generations of students and strengthen the commitment to excellence in the School of Physics and Astronomy. The University’s support for its core activities, research and teaching, must be the way forward in these difficult times. 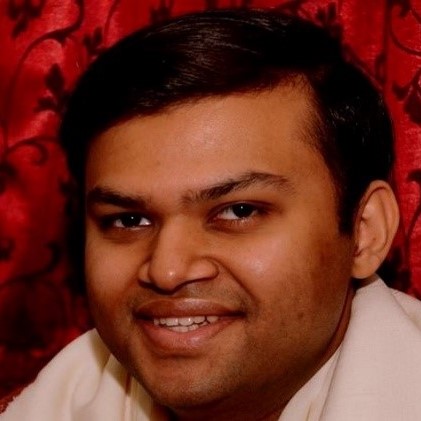 We live in an era of unprecedented precision in cosmological observations, ideally poised to answer the age-old question of "where did we come from?" My research aims at describing a quantum (gravity) complete picture of the beginning of the universe -- one that does not suffer from the big-bang singularity and one which can be derived from a more fundamental theory of nature such as string theory -- for instance, by investigating the role of quantum entanglement in early-universe cosmology. This would not only fill a lacuna in our current understanding and establish a new standard-model-of-cosmology, but also make testable (cosmological) predictions for string theory. My research involves energy-scales much higher than any laboratory experiment and developing new mathematical tools, beyond standard quantum field theory techniques, which find applications in other branches of physics.

The Higgs Centre provides a uniquely stimulating and congenial atmosphere due to the presence of a diverse group of physicists, singularly ideal for someone like me with broad research interests. 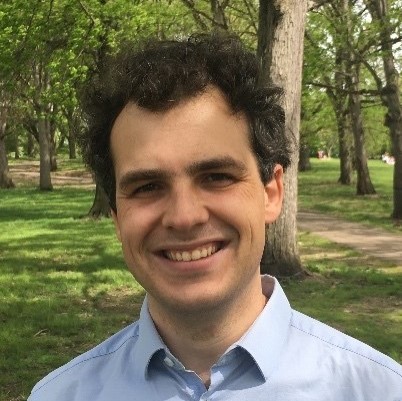 I am generally interested in the application of abstract mathematics in theoretical physics to further our understanding of the workings of our universe. At the moment, I am developing new geometric and topological methods to study the properties of the cosmic web from first principle. I am also working on new mathematical techniques to evaluate lensing of radio sources in the wave optics regime. Finally, using the Lorentzian path integral, I am exploring new ways to study the quantum big bang and quantum gravity more generally. The techniques I am working on will allow us to study physics from a new angle and hopefully lead to new insights into our universe.

I am thrilled to join the Higgs Centre and look forward to participating in its efforts to solve the profound puzzle of fundamental physics. 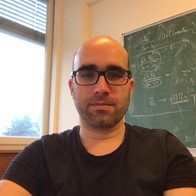 The goal of my research is to develop a better understanding of Quantum Field Theory, which can then be applied to compute theoretical predictions for particle collisions such as those taking place that the Large Hadron Collider (LHC). There are two main aspects to my work. The first is the calculation of scattering amplitudes describing the scattering of several particles in different types of theories, such as QCD or gravity. The second is the study of the mathematical properties of Feynman integrals, and the type of functions that appear when we evaluate them. These two aspects are complementary: a better understanding of scattering amplitudes provides us with a looking glass into the mathematical underpinnings of quantum field theory, and therefore into the laws of Nature themselves.

I’m very much looking forward to coming to Edinburgh and joining the Higgs Centre for Theoretical Physics! 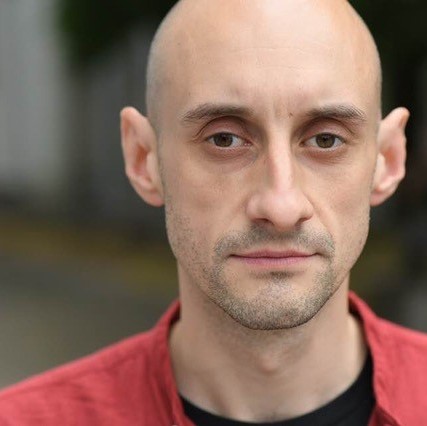 I have a broad interest in uncovering the laws that govern physics using theoretical and mathematical methods that span from hydrodynamics and effective field theory to quantum field theory, gravity and string theory. A strong focus of my work has been on studying the dynamics of hot collective states that behave as fluids and plasmas. An example of such a state is the quark-gluon plasma that filled the early universe and can now be created in particle accelerators. An important aspect of my research involves understanding the interplay between microscopic quantum chaos and the emergence of macroscopic dynamics in such highly energetic states. In the process, much of my work uses holographic duality (or AdS/CFT correspondence), which allows us to answer various intractably difficult questions by translating them to simpler problems pertaining to higher-dimensional black holes.

I am thrilled to be able to contribute to the thriving and excellent research community at the Higgs Centre and work with a diverse and growing group of scientists. 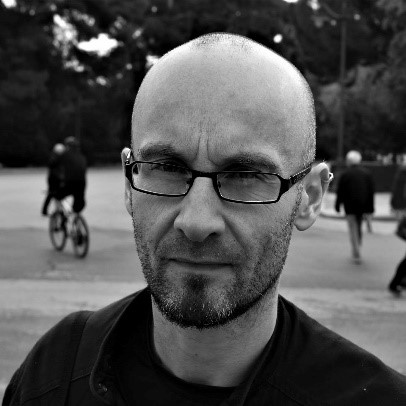 Some of the most fascinating, and complex, physical regimes are characterised by the presence of strong fields; these can be the gravitational fields of black holes, magnetic fields around magnetars, or the electromagnetic fields generated by intense lasers. My interests lie in exploring the physics of strong fields and how they influence fundamental physical processes, both in the Standard Model of particle physics and beyond. This often requires using mathematical techniques beyond standard perturbative methods and can give insight into a broad range of topics in physics and mathematics, including gravitational waves, the creation of matter from light, and super-integrable systems.

The research group in Edinburgh have already shown me a warm welcome. I'm looking forward to moving to Edinburgh later this year and working with them on lots of interesting topics in theoretical physics. 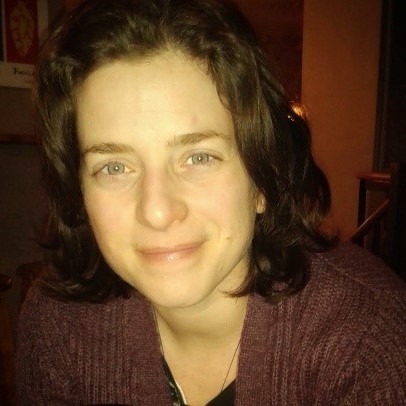 During the last two decades we have entered a "golden era" of cosmology. Using satellites and ground based telescopes we have gathered high quality data from the very early Universe, essentially from light emitted right after the Big Bang explosion, as well as from the late Universe, through the light emitted from stars and galaxies. However, a large part of our Universe still remains unexplored! My main area of research is aiming to use state-of-the-art ground-based telescopes, like the Square Kilometre Array, as well as satellite missions, such as Euclid, to fill this gap. Together with hundreds of scientists around the world, we are going to provide the most detailed 3D map of the Universe to date and extract the maximum information from it using innovative techniques. This will reveal the underlying laws of nature, and answer questions about the mysterious dark matter and dark energy, as well as the initial conditions of our Universe.

I am so excited to be joining Edinburgh University. Being a member of the Higgs Centre for Theoretical Physics and the Institute for Astronomy is a dream come true!” 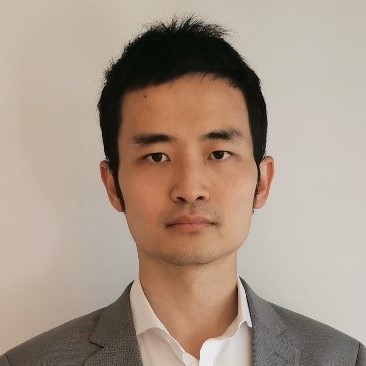 I am interested in modern methods for scattering amplitudes in quantum field theories, and applications to fundamental physics experiments including hadron colliders and gravitational wave detectors. Scattering amplitudes in quantum field theories were traditionally calculated by Feynman diagrams, but many modern developments, such as generalised unitarity, double copy, and advanced loop integration methods, have enabled previously impossible calculations. My collaborators and I have published some of the first 2-to-3 scattering amplitudes at 2 loops, in both quantum chromodynamics underlying LHC collisions and supersymmetry field theories which serve as proof-of-principle toy models. Similar techniques are applied to gravitational wave physics, since binary black hole dynamics can be mapped to the problem of scattering of massive particles in gravity. This has resulted in breakthroughs in calculating the post-Minkowskian expansion of binary dynamics, including both conservative and radiative effects.

Joining the Higgs Centre marks an exciting new stage of my career. I cannot wait to work with many of the amazing colleagues to fulfil my childhood dream of unlocking the secrets of nature.