If we take an elastic rubber wire, for instance of the type used in earphone sets, and keep twisting up one portion, at some point it buckles and writhes in 3D. Old telephone cords do exactly the same, and tend to end up into a tangled mess after months of use. DNA is a long thin helical polymer which is elastically analogous to the telephone cord at a microscopic level, and it behaves in a similar way qualitatively. The twisting and writhing of long DNA molecules is referred to as supercoiling.

Supercoiling is the elephant in the room when discussing DNA topology and its link to gene regulation. This is because it is ubiquitous, being generically introduced by housekeeping cellular processes such as DNA transcription and replication, yet it remains elusive to quantitative measurements and modelling. The main reason for this is that, while supercoiling is generated at the base pair level, its consequences are felt at much larger scale, as shown by the organisation of the genome in large-scale supercoiling domains which are up to a million of base pairs. Therefore, studies of supercoiling in eukaryotes need to address multiple scales, and from a theoretical point of view this requires the simultaneous development of multiple models at very different resolution, often to be considered at the same time, which is challenging also if done computationally.

The goal of this Higgs workshop is to bring together theorists working with atomistic and coarse grained models, as well as with statistical physics and mean field theories of supercoiling transport at large scale, and experimentalists working with supercoiling at different scales. That way we expect to initiate new collaborations both between experiment and theory, and between theorists working at different scales, as well as to provide a multifaceted training for earlier career scientists interested in DNA topology and attending the workshop, which will aid their academic and scientific development. 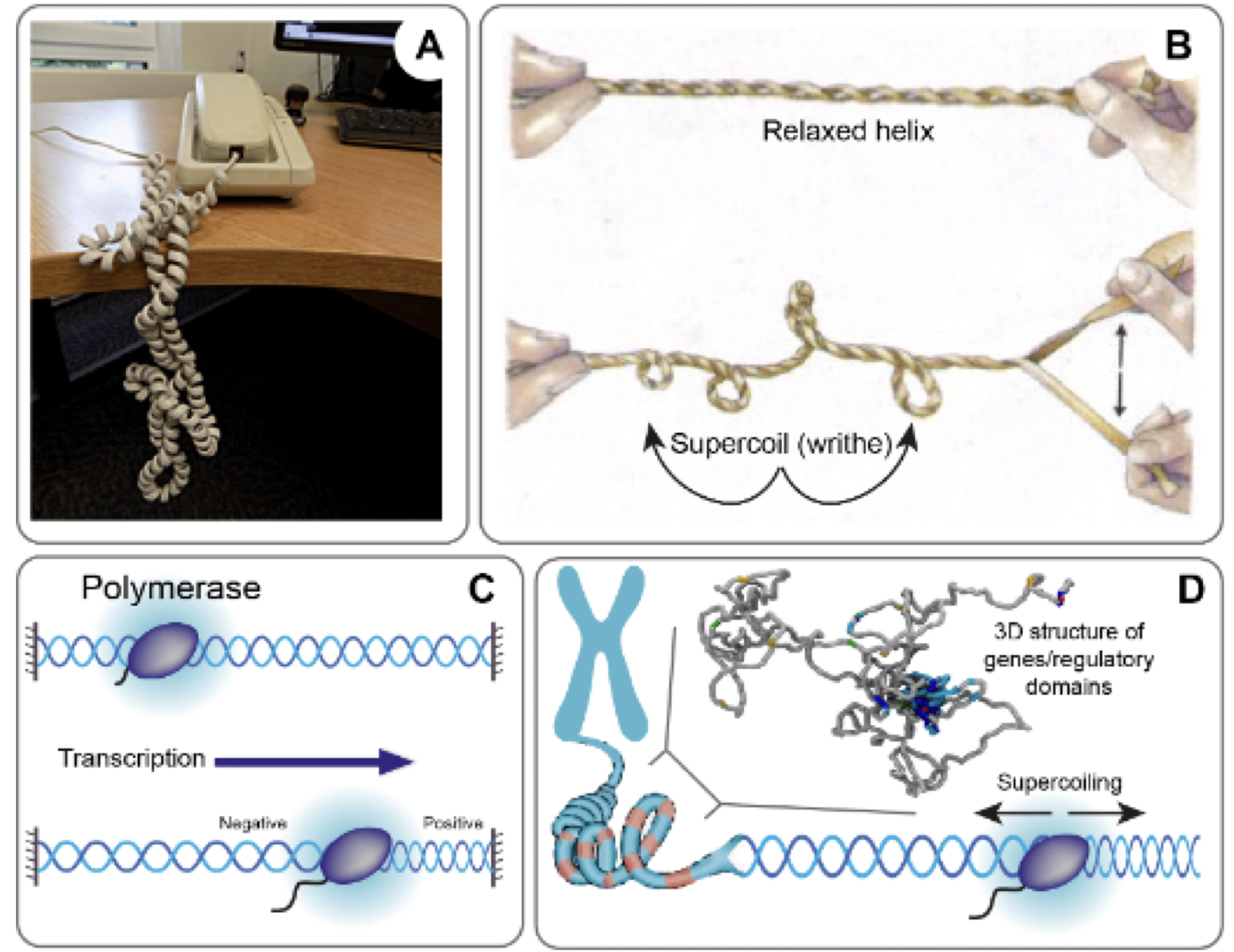