Answering questions such as "What is dark matter?" or "What happened directly after the Big Bang?" requires finding new physics, like not yet known particles or forces. Via quantum effects such new physics will contribute tiny amounts to properties of known particles and could be discovered by observing small deviations between experiments and theoretical predictions. A promising quantity is the anomalous magnetic moment of the muon ("Muon g-2"), which describes the behaviour of a muon inside a magnetic field. A new experimental result released earlier this year has further increased the discrepancy to the theoretical prediction, giving rise to a potential discovery of new physics.

So far, the theoretical prediction has been relying on replacing a part of the calculation by supplementary experimental data. However, a recent publication, where this part is numerically calculated using supercomputer simulations leads to a result which is in tension with the previous determination and diminishes the discrepancy with the experimental result. The Higgs Summer Forum will host an open debate between two leading physicists involved in the theory prediction to discuss these controversial results and whether we are on the verge of detecting new physics. 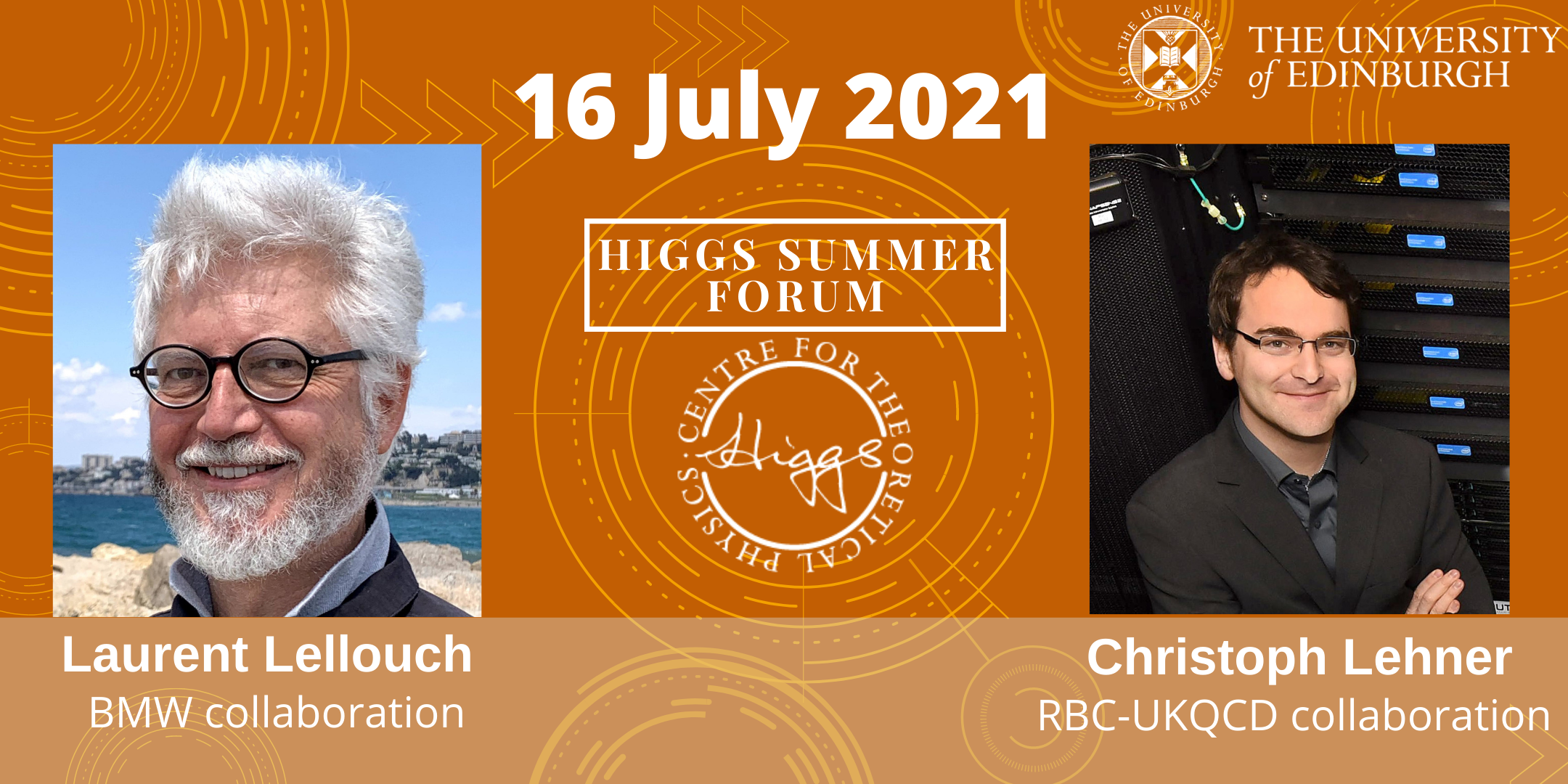 Detection of New Physics From the Muon g-2 Experiment: Much Ado About Nothing?